Have you ever encountered a crash or a failure of your systems in a production environment? For sure, you have, sooner or later, experienced it. If we are not able to avoid failure, the solution seems to be maintaining our system in a state of permanent failure. This concept underpins the practice called Chaos Engineering and the tool invented by Netflix to test the resilience of its IT infrastructure — Chaos Monkey. With Chaos Monkey for Spring Boot applications, we can implement Chaos Engineering in our Spring apps, which might be a system consisting of microservices.

In this workshop, we will introduce the idea of Chaos Engineering and apply it directly in our Spring Boot apps with the Chaos Monkey for Spring Boot. We can show how he will try to attack your running Spring Boot App and how to solve some common patterns.

Participants will build and test the individual parts of an application written in Spring Boot. We will deploy them locally, define experiments, load test them, simulate failures and try to fix them.

At the end of the day, participants will take along a backpack of new tools, working techniques, and terms that will help them successfully implement chaos engineering within their company. The example project realized in the workshop can later serve as an inspiration for own projects.

This workshop is targeted at developers and architects who are new to chaos engineering and want to use their current programming stack to implement serverless applications.

In order to participate, you will need: 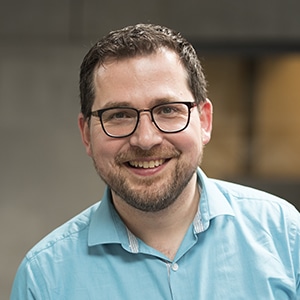 Patrick Baumgartner works as a passionate Software Crafter at 42talents and builds software with Java, the Spring ecosystem, OSGi, Neo4j and ElasticSearch and other open source technologies. He helps software teams to deliver better software, faster. In the software crafter community, he co-organizes the Software Crafters Zurich Meetup, runs the SoCraTes Conference Switzerland, and is involved in VoxxedDays Zürich and other events. Besides that, he teaches at ZHAW Zurich University of Applied Science and speaks regularly at conferences about Software Craft and technical topics around Java and Spring. Twitter: @patbaumgartner, @42talents